For our Cozumel stop on our cruise, we opted to see the Mayan Ruins of Tulum. I figured that I would at least see the ruins and cross it off the bucket list before the world ends in December, as some say the Mayans predicted.

The good news is that the world is not ending. We were informed (for those of you who don’t know), that the Mayan calendar is actually a circle, and therefore has no end. The end of this year is simply the end to an era for the Mayans, and the start of a new one. So if you sold your house, quit your job, or did anything else in preparation for the end of the world, sorry to burst your bubble but it isn’t happening in December. At least not according to the Mayans.

Pop quiz! How do you tell the difference between the Mayan and Aztec ruins? Give up? The answer is in the stairs to the main Temple. Whereas the Aztec ruins has stairs on all four sides, the Mayan ruins only has one set of stairs in the front. This allows only one point of entry into the Temple therefore making it a watchtower. Pretty smart, eh?

Speaking of smart, did you know that people were valued in the Mayan society for their intelligence rather than wealth? It’s true. Intelligent people could survive. Intelligent individuals included astronomers and mathematicians as those subjects were the basis for almost everything in their society. These types of people had homes like the one pictured above, where the foundation and walls were all stone and only the top was a thatched roof. Their homes still stand today.

If you couldn’t add or subtract or find the North Star to save your life (like me), then you would have been a peasant. Your home would look like the one above. Can you see it? No? That’s because there is nothing left. These houses merely had bricks at the base to serve as a foundation, hence why that is the only thing remaining today.

Being the intelligent people that the Mayan’s were, they built their city against the ocean. Not only did this allow them easy access to a food source (Mexico has the second largest reef in the world off its coast), but it also allowed for them to only have to build three walls on land in order to protect their city and make it a fortress. The back of the main Temple had windows, which allowed them to watch the sea-side, but seeing as it didn’t have stairs to enter on the back side, they only had to defend the three sides on land. Today, you can take a path that leads to the beach and swim in their crystal clear waters.

Should you prefer to overlook the water from a higher vantage point (or are afraid of fish and therefore don’t swim in water with them), then you can climb a certain area of the ruins to overlook the coast. Although it may take a little mountain goat effort, it is completely worth it when you reach the top and see the view. 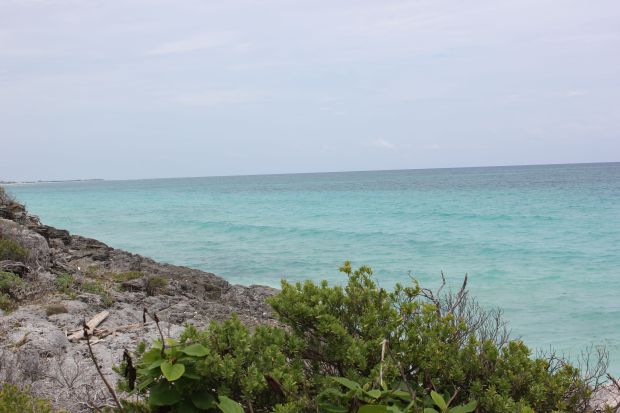 When you’ve had your fill of looking at the remains of this ancient civilization, you can head back to the entrance which contains a marketplace. You can shop and/or have lunch at one of the various restaurants (we opted for the only one that was air-conditioned). I will tip you off that if you think you’re super cool and you’re going to try to communicate in Spanglish, you should be prepared for them to answer you in full-blown Spanish. And it isn’t Spanish 101- slow so you can understand it style either. It’s authentic. One would look fairly silly asking where the bathroom is in Spanish, and then after being told the answer (in fluent Spanish), asking for the English translation….not that I would do that. Ever.

If you’re feeling really daring you can try to sneakily take a picture of the interesting men dressed up like the ancient Mayans…just don’t let them catch you (you’re supposed to pay to have your pictures taken with them, oops). 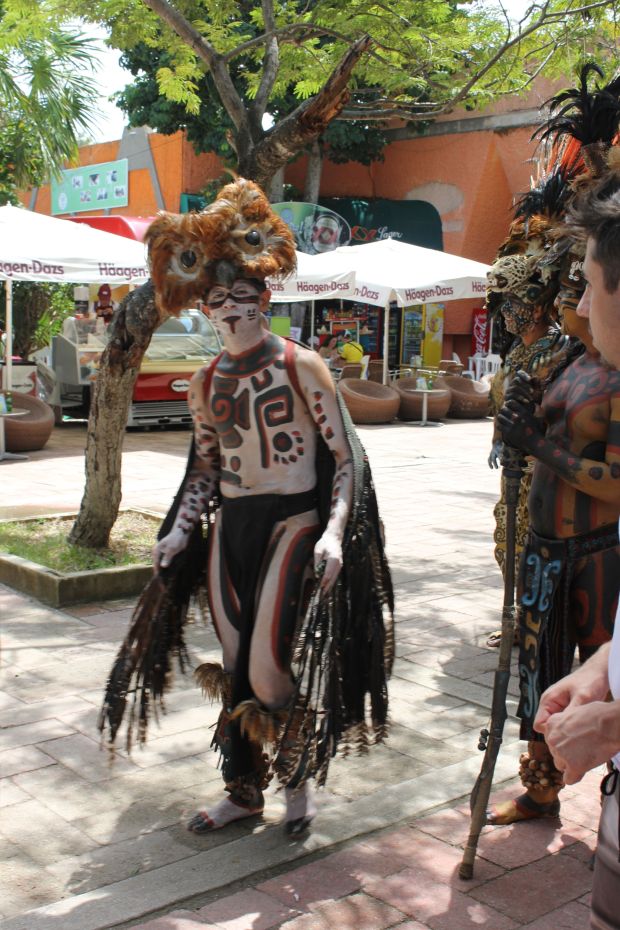 When our excursion was over we hopped back onto our bus, drove back past the Mexican Police checkpoint with their AK47s proudly displayed, and safely ferried back to Cozumel to board the cruise ship for our journey home.

At the end of the day I ended up having crossed off another bucket list adventure and fell in love with a country that I once thought I would never visit. The people of Mexico that we met were amazing individuals with a passion for family, life, and being thankful for what they had. It was a refreshing and humbling experience. For someone who once said she would never visit, she now cannot wait to plan her next vacation back.